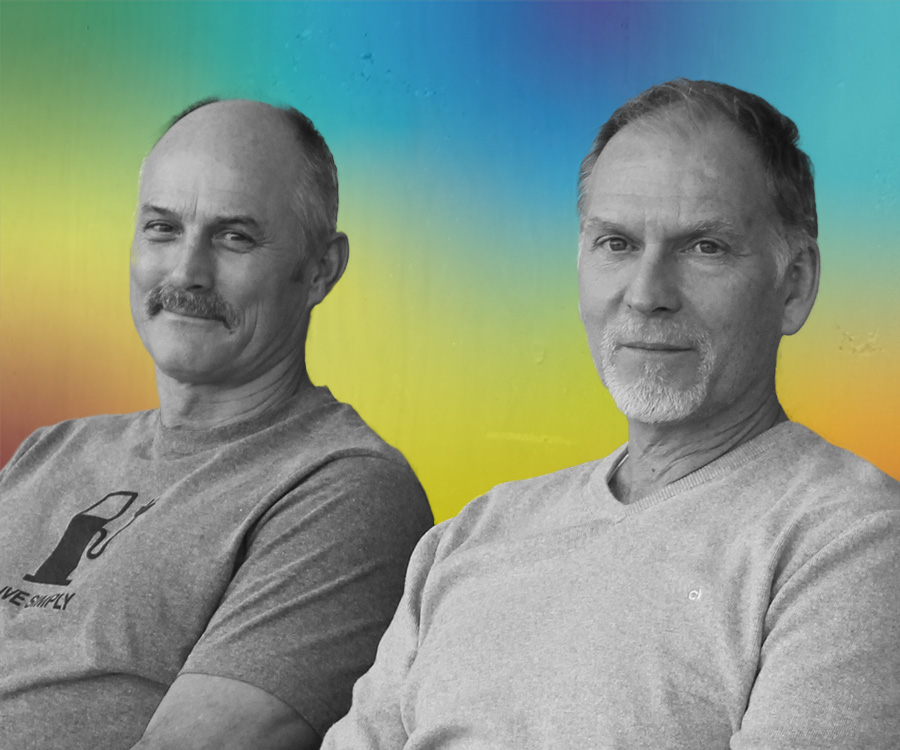 What are your thoughts when you see organic waste?

When Kevin Danner, CEO, and Terry Gray, President and COO of Carbon Lock Technologies, looked at organic waste, they saw an entrepreneurial opportunity to reduce the impact of climate change.

“We have always discussed environmental issues like climate change, and a few years ago decided that if we were going to work together in a business, it needed to be the ‘business’ of mitigating climate change,” Terry remembered.

“Kevin had read a book edited by Paul Hawken titled Drawdown and suggested I go through it to see if anything in it piqued my interest. In particular, he mentioned the chapter on biochar, which he had already been using in his garden and tree beds. After reading the book, I was captivated by biochar and realized this could have a huge impact on drawing down CO2 from the atmosphere and preventing future emissions from entering the atmosphere. From there, we conducted further research and ultimately decided we could make this into a business.”

Then a family member and a friendly neighbour helped change the course of their business.

“In 2017-18, my daughter did a science fair project on biochar, and in the spring of that year, I was putting some of the leftover biochar into the front garden,” Kevin remembered. “My neighbour came out and correctly identified that I was using biochar. He then explained that his uncles had built a small biochar-making system as part of their commitment to addressing climate change and that the system was out at his farm under an old tarp. I told him about Terry and my idea of getting into the biochar production business, and he generously offered to gift it to us. Within a few weeks, we were making biochar in my backyard, and then the business just grew from there.”

To help them realize their cleantech startup dream, Kevin and Terry pitched their idea to the North Forge Founders Program Board of Directors. “We were giving each other high fives when we were accepted,” Terry laughed.

“North Forge helped us define our business goals in the first two stages of the program,” explained Kevin. “In Pathfinder and Base Camp, there was a lot of preliminary work that went into identifying the Business Model Canvas (BMC) and what our Minimum Viable Product (MVP) would be. Developing those business tactics was instrumental in defining the business questions we needed to research and answer.”

“Carbon Lock Technologies is designing a patent-pending technology to convert organic waste matter into the carbon-rich material called biochar. Biochar is a valuable product used worldwide as a soil amendment, a filter medium and additive to industrial products. Importantly, biochar can safely and effectively sequester carbon for thousands of years once produced.”

Once Kevin and Terry finished developing their BMC and MVP in Pathfinder and Base Camp, they graduated and moved onto the Ascent stage in the North Forge Founders program. During the Founders Program journey, Terry felt that their Entrepreneurs-in-Residence (EIR) was like an expert entrepreneurship maze tour guide and door opener.

“They would mention ‘here’s something interesting but don’t go down that lane, but over here’s a door that has something interesting inside that will help you make it to your destination.’ Our EIRs kept us on the right path. We were very fortunate to be able to use the information and then expand from there.”

Another door North Forge was able to open for the duo was into grant funding. “We didn’t know before joining the Founders Program how much they could help us navigate the government grant application process or how much value being in the Founders Program would add to our funding application,” Kevin said. In the fall of 2021, the Innovative Growth Program Grant (IGP) approved Carbon Lock for the grant. 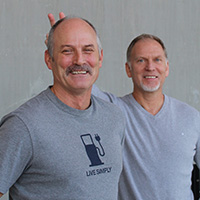 Kevin and Terry’s entrepreneur community relationships through the EIRs in the Founders Program have helped build their business. “Our EIR has opened doors by connecting us with investors and our first pilot project,” Terry shared. “The pilot project was one of the things that got us going with investors where we were able to say, ‘hey, this technology works and is needed.’ So we developed the prototype until the day came when we started it up. Overall, it was a positive instrumental experience.”

In the spring of 2021, North Forge introduced Kevin and Terry to an investor who was interested in cleantech, their mission and company. In November 2021, this investor secured their investment with Carbon Lock which resulted in Carbon Lock becoming the first graduate of the North Forge Founders Program!

This investor subsequently became an angel investor in the North Forge Angel Network where entrepreneurs in the Founders Program have exclusive access. Since February 2021, the NFAN has grown to more than 1,650 angel investors.

Are you inspired to build a business? Do you have an idea that would solve a problem but need help with the business side of things?

We would love to hear from you! Tell us about your idea (don’t worry if you don’t have the answers to all the questions yet), and Krista Kowaluk, North Forge’s Program and Communications Manager, will contact you to set up a meeting to chat about it.

If you would like more information about what North Forge East can do for your business, contact Shane Li, and he’ll be happy to answer any questions you have.

Does helping design Manitoba’s economic future with your legacy pique your interest? Are you interested in investing in local science-based, tech-enabled, or advanced manufacturing businesses? If so, Gloria Thom, the North Forge Angel Network Manager, would love to hear from you! Contact her today to set up a meeting.