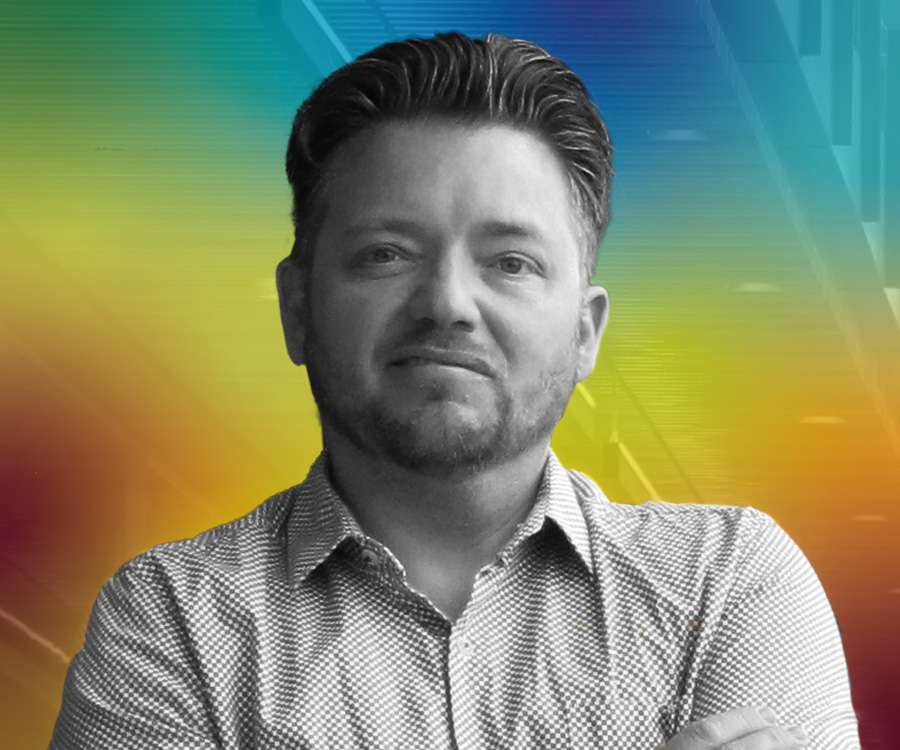 What is the best way for companies to reduce their carbon footprint?

Did you know that there’s a world where environmental initiatives, entrepreneurship, and technology collide to help fight climate change and global warming?

Carbon is a key ingredient for most living things on Earth – from Carbon Dioxide (that helps trap heat in our atmosphere) to household items partly made of carbon, such as clothing, furniture, and plastic materials. Gases that trap heat in the atmosphere are called Greenhouse Gases (GHGs), and they have helped keep Earth’s climate habitable for humans and other species. However, if these gases are unbalanced – the planet warms up and becomes uninhabitable.

Carbon Footprint is the amount of total greenhouse gas emissions caused by an individual or organization. According to a Berlin-based think tank, Canada is behind other wealthy countries when it comes to cutting carbon emissions, and 14.2 tonnes of CO2 is produced by an average person in Canada (compared to Finland’s 9.7 tonnes and United Kingdom’s 8.5 tonnes).

Carbon Credits – One (1) carbon credit = one tonne of carbon dioxide not emitted into the atmosphere.

Environmental Audits evaluate a company’s compliance with environmental policies and standards set by the government or other governing bodies.

Pain Point and Opportunity for Growth
Justin Phillips, the Vice President and Co-Founder of Carbon Block Inc, shares the story of the start-up and the pain point that started it all.

“Companies use carbon offsets as part of their ESG (environmental, social, and governance) plan and goals to help bring them to a net-zero. You also see companies claiming to be net-zero, or they’re going to be net-zero in their emissions by 2030 or 2040 (by a specific date) and part of that plan, in some cases, utilized carbon offsets to help reduce their emissions that they can’t do internally.

But there’s a huge supply problem globally for carbon offsets, and we saw an opportunity to address that. Carbon offsets originate from environmental audits, which are required to create a carbon offset. It’s quite manual in terms of how it’s done the old-fashioned way – with clipboards and thick notes out on the field. So, we developed the technology over the last three years to automate that process to allow for carbon offsets to be audited digitally and bring them to market in real-time as opposed to waiting a year to gather information.

We believe that our technology will help create the carbon market infrastructure globally, increase the supply, and allow decarbonization projects that may not be the threshold for the investment to come to fruition by using the carbon markets as funding mechanisms.”

It really hit me when I had children, and their futures are based on what we do right now. If we continue going down the path that we’re going down, there’s not going to be a future for them, let alone their children and grandchildren.

One day, we were sitting in the boardroom trying to figure out how we can bring more value to our existing clients outside of them just saving money on their electricity by installing renewable energy technology.

We wanted to get ahead of the curve, and had been doing some reading on various technologies like blockchain and carbon offsets. Next thing you know, we had our business registered, patents submitted, and start-up funding secured!

A business was born out of the casual conversation in the boardroom.”

What year did you guys start?
“We’ve been part of the incubation process since our inception in 2008. In 2010, we joined the Eureka Project for two years. Then we exited that program and were on our own for a while.

Then in 2019, we re-entered North Forge (rebranded from the Eureka Project), participated and graduated from Creative Destruction Lab, and then Foresight Canada in 2021 through North Forge. We’ve been part of that ecosystem for a while, and it’s been beneficial for us in growing our business.

Whichever business we’ve operated, our intent has always been to create a better world for everybody, our kids, and future generations. Is what we’re doing going to make a difference?

We feel it will, but it will take a lot more of us to do that. If we can build momentum and show that we can make a change, other people will follow to help save the planet,” Justin enthusiastically shared.

“The first initiative is with a company based out of the Netherlands working in Malawi, Africa, who has a 2-part project.

The first part is installing cook stoves in homes for free. These cook stoves make better air quality and reduce the amount of wood needed to be burned.

The second part of this project is planting trees in Malawi, which will help the environment in many ways:

We were hired to put that project claim together, bring those carbon offsets to market (which we’re hoping to complete sometime in the summer), and then make these carbon offsets available annually on the global market.

The second project is with a Canadian Agricultural Association on a project with a variety of different companies to help them bring offsets to market; whether it be through carbon sequestration, reforestation, or renewable energy projects in the least developed countries, our technology and process can be used in all those markets to create offsets. Once the projects are approved, they’ll be sold through Carbon Block.

The carbon projects and tech are ready to be deployed to least developed countries, and there are a lot of projects that are almost there for sharing, so stay tuned!”

Hurdles
“It’s certainly been a challenge finding CleanTech industry mentors to coach us through this. It’s not that they don’t exist; it’s just a new business concept. It’s not typical for this type of business to be started in Winnipeg,” explained Justin.

“In terms of financing and accessing capital, we are gaining momentum. This morning, we received an email from a company reaching out asking, ‘are you investable right now?’ At this moment, everybody seems to be hot in this space.”

“We learned so much by working with the EIRs (entrepreneur-in-residence) Mike Simpson and Peter Moreira,” Justin shared.

Our relationship with Peter then evolved, and he came on board with us as our Chief Financial Officer. It has been great; our business model is in tune with the financial markets. We don’t have direct experience in that realm, so having Peter come on board as our CFO has been very beneficial to us.

Jay McDonald has also come on board, and he has direct corporate sales and technology experience, which has also been beneficial.

How North Forge helped them achieve their business goals
“There’s been many facets and access to certain things that we might not necessarily have had like investment opportunities or speaking with people who may be interested in supporting our business are just a start,” Justin explained.

The tremendous entrepreneur and industry network available to the founders, allows us to bounce ideas off different people with diverse skill sets. We didn’t have those resources available to us in the early days. So, to be part of this ecosystem gives us the opportunity that allows us to easily talk to people about strategy, get their opinions, and help guide us – which is a blessing.

For example, we’ve built a relationship with David Peters from RoofBundle; we come to each other’s offices and ask each other questions and opinions based on our experiences. We see him and the other start-ups being successful in what they’re doing, and it’s inspiring to experience that first-hand.

I’m 46 years old, we’re not young entrepreneurs anymore, but we are always learning. I’m learning a lot from younger and older people. We’re pretty humble when it comes to that; we want to be successful and help change the world with what we’re doing.

At the same time, we can’t do everything all by ourselves. We know our skill sets, what we’re good at, and what we’re not good at -and that’s why this welcoming entrepreneurial network North Forge has created has been a fantastic resource.

We also are looking forward to using DealPoint to create our data room. We haven’t participated yet because we’re not at that stage, but being a part of programs like the North Forge Angel Network would allow us to easily pitch to potential investors and help us move forward.

There were always people who genuinely wanted to help out and support us. We can take it and run with it, or we can dismiss it.”

Unexpected takeaways from the program
“We did not expect the level of access to investors and mentors available to us – we’ve never had that!

I’ve started several start-ups, with my first one in 2000, which sold in 2005. The basic (entrepreneurial) stuff we’ve pretty much gotten a handle on.

But the mentors in the North Forge Mentor Network provided new perspectives and spawned new opportunities.

Foresight Canada is a good example! There’s no way we would have been involved with them without North Forge’s partnership and connection with them. They introduced us to various people within our industry that are not necessarily in Manitoba. We don’t have a strong support system for what we do in this province, so accessing the energy market in Calgary and Alberta through Foresight Canada allowed us to be introduced to potential competitors and clients.

Another good example is the growth coaches. Rodrigo de Alvarenga, a North Forge Growth Coach out of Brazil, just opened up a really big door for us internationally with Vale, one of the largest mining companies in the world based out of Brazil, who also has a mine up in Thompson, Manitoba. Vale has a whole arm dedicated to addressing what we’re doing, so they wanted to talk about a partnership. It’s currently in the early stages, but that discussion would not have happened without North Forge.

We’ve always promoted the benefits of North Forge because they have our back and help motivate us through thick and thin. It’s like a family here.”

Next Steps
Are you thinking about turning your CleanTech idea into a business?

We would love to hear from you!

Tell us about your idea (don’t worry if you don’t have the answers to all the questions yet), and our Programming Team will contact you to set up a meeting to chat about it.

Interested in learning about or becoming a North Forge Angel Investor?

Check out how we are building legacies here.