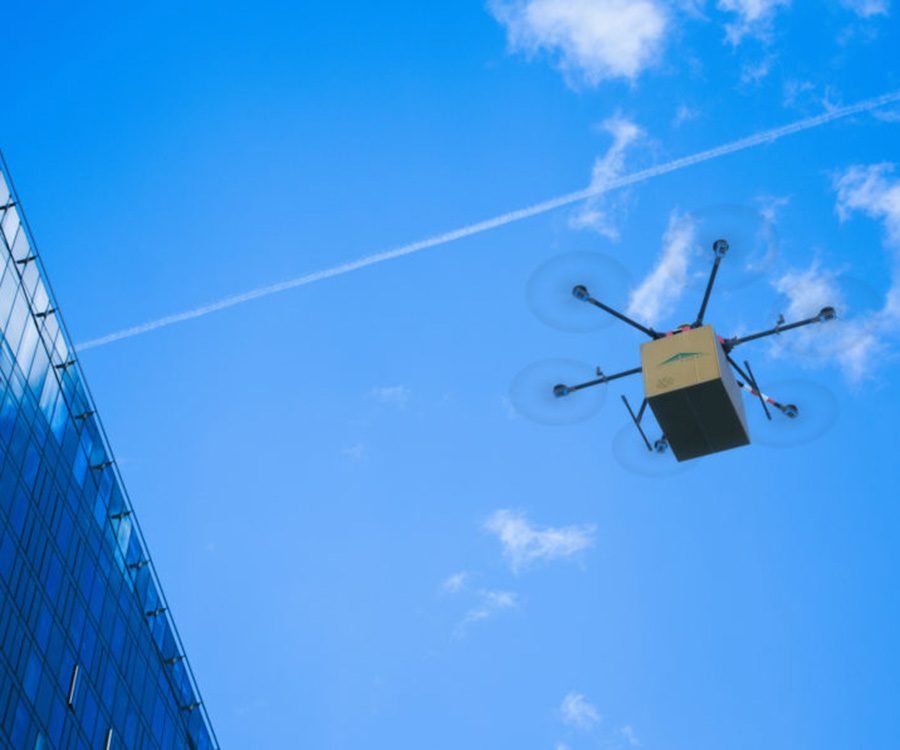 Imagine that you are waiting for an important delivery of life-saving medicine, but the traffic jams and road construction delays are not allowing the delivery truck to move. As you are anxiously waiting for the small shipment to arrive, your thoughts lead to ‘what if there was a faster and more efficient way of delivering packages?’

Aurora Aerial was created to solve just that. Their solution, to deliver urgent medical supplies where needed, can break the chain of contagion with no-contact deliveries of PPE and medications into restricted or contaminated areas, even picking up samples for testing. To avoid service standard gaps, they can catch up to the system by delivering to the depot/driver already in route. Even when final delivery can be complicated, with no surface infrastructure, they quickly circumvent obstacles to ensure timely delivery.

Being an aviator and navigator, Alan Tay, co-founder and CEO of Aurora Aerial, understands the need to find solutions to geographic and transportation issues; as a serial founder, he knows first-hand the challenges of business, how to focus on the customer needs, and has learned from failure and success.

While wearing his entrepreneurial cap back in 2018, Alan saw a gap in the market for manufacturing small aircraft and drones and identified the frustrations around the delivery of small packages. To solve this user issue, Alan and his team engineered drones that are Transport Canada Part 9 Safe and compliant to be operated in controlled airspace. The drones can travel upwards of 500 m with a battery life of one hour, and a payload of up to 10 kg. His drones are also capable of travelling farther distances because of the six engines, 5G wireless tech, and three-pilot control systems, saving travel, set-up and take-down time. These benefits, and many more, make his drones highly sought after for projects such as remote delivery, power line and wildlife surveying, search and rescue, and potash measuring.

North Forge has been instrumental in aiding the evolution and acceleration of Aurora Aerial. “The entrepreneurs-in-residence hold me accountable, the mentors have been highly responsive and forthcoming with their expertise, and they break down the business model into baby steps”, notes Alan. The North Forge Founders Program roundtables, networking, and feeling of community are what Alan looks forward to most when working with North Forge. The abundant growth capital support through government tools and partnerships, like MaRS Discovery District and the North Forge Angel Network, give Alan the ability to become a leader in the air mobility industry.

2021 has been filled with milestones for Alan and his team. In March alone,  Aurora Aerial announced their partnership with package delivery company GoFor to improve delivery times for GoFor’s customers, and they have also been accepted into the Canadian Advance Air Mobility Consortium, which will enable Alan to be on the front lines of innovating the future of advanced air mobility in Canada.