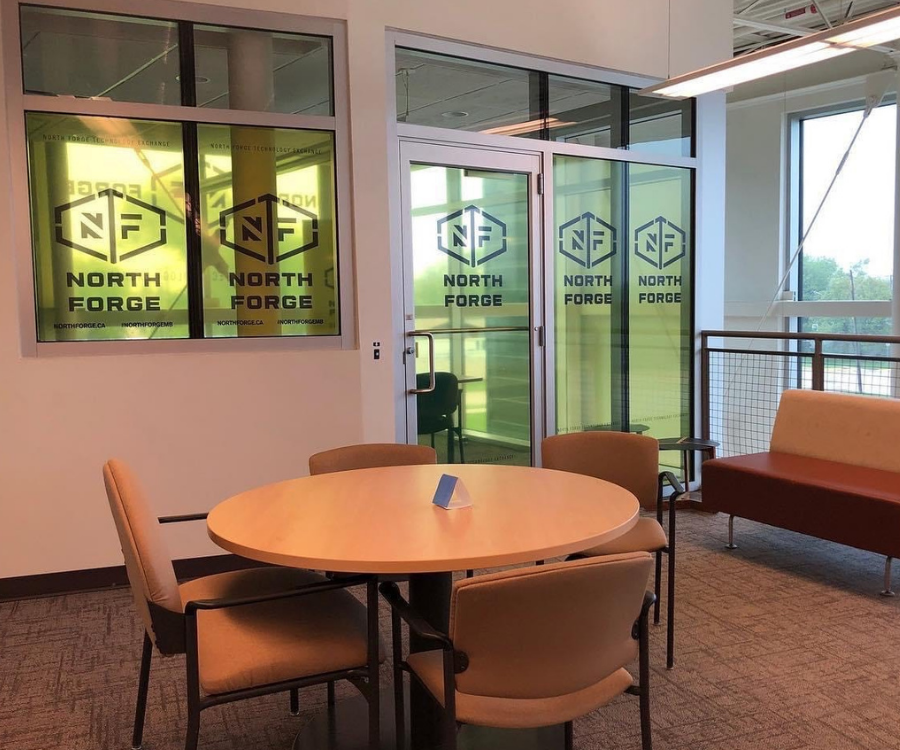 In partnership with University College of the North (UCN), North Forge is kicking off the new year with a continued mission to boost economic growth in Northern Manitoba. There will be two new additions joining Jerome Conaty (Entrepreneur-in-Residence) on the North Forge North team; Tim Gibson as the Project Manager (based out of Thompson) and Jerry Boyes as the Fabrication Lab Specialist (based out of The Pas).

“We’re re-focusing on the North because we recognize how important growth in the north is to this province,” says Joelle Foster, CEO of North Forge Technology Exchange. “ The goal of the Fabrication Lab (FabLab™) is to serve the needs of the community in terms of advanced manufacturing and innovative ideas – which is what the FabLab™ has always been about. We knew that if we wanted to keep pushing to expand economic growth in the north, we would need some help.”

“We have a very strong partnership with UCN,” says Foster. “The entire team has just been fantastic tow work with. Doug Lauvstad, the President of UCN, has helped us tremendously in helping this take off. Our new employees will be combining the wealth of knowledge from UCN into the resources of North Forge and we cannot wait to see what comes of it.”

As manager of the Workforce Development Centre for UCN, Tim brings years of experience in training and preparing workers for in-demand jobs in the north. He has helped countless workers create direct paths from training to employment.

Jerry Boyes is currently an electrical instructor at UCN. He will be bringing his own expertise in teaching workers what they need to know to join their workforce as he helps North Forgecreate a FabLab™ in The Pas.

“What we want to create here is an area where we can truly integrate work and learning in one convenient space for future workers,” says Tim. “We want to bring the same energy and passion that exists at the FabLab™ into North Forge North, which will require 3 key things. First, we will need a broader presence within UCN itself. Second, we will need to establish a really strong support system in The Pas to help support the FabLab™. Finally, we will need to re-create the general culture that exists at the North Forge FabLab™. We’re hoping that by hosting open houses and providing people with more information on what North Forge North does, we can replicate that same passion that we can all see in the FabLab™.”

To learn more about the team at North Forge, click here.