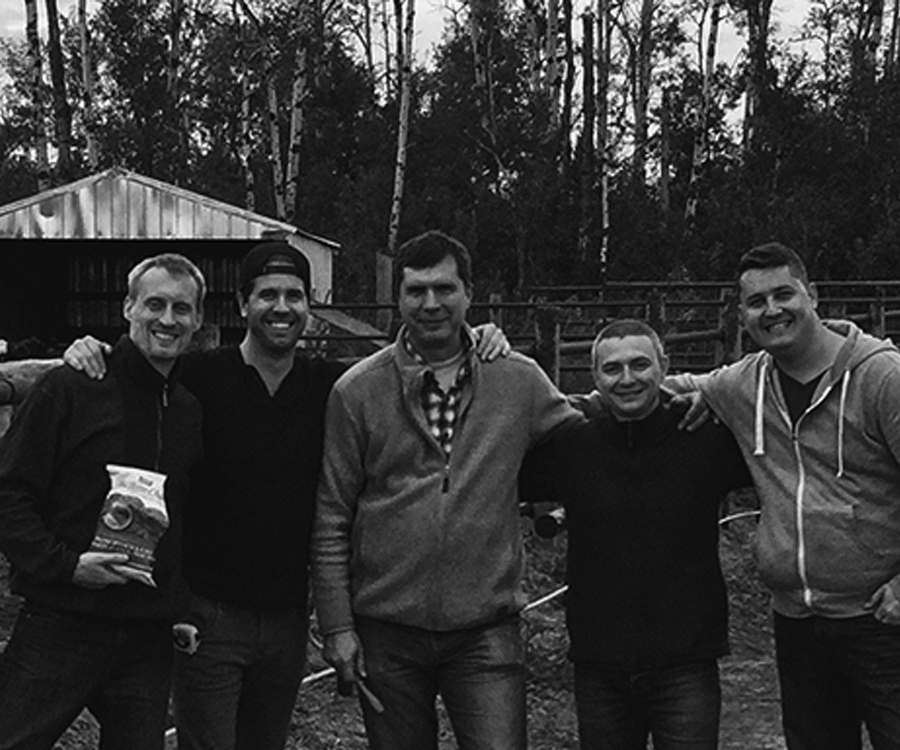 “Most farmers still use the pen-and-paper method,” Karasewich explained, which isn’t as flexible or as portable as a smartphone app could be.

Now with more than 2,000 users, the app is designed to help producers track data such as weight, medications and vaccinations, illness and lineage.

FarmTrack’s latest product was piloted last fall following 18 months of development. The product uses RFID (radio-frequency identification) tags to track the feeding patterns of cattle. The product builds on recent research that shows an animal’s feeding habits can be used to predict disease. Designed for feedlots and large farms, the system promises to reduce the use of antibiotics and limit veterinary costs by helping farmers identify and treat sick animals early on.

For Karasewich, the launch of the system pilot has been their greatest accomplishment so far.

“Seeing the numbers, the data from our product as it came into the computer, that’s been my best day I think. The pitching competitions don’t mean anything compared to that,” he said.

North Forge has been a constant presence in their entrepreneurial journey, starting with the coworking space on Adelaide. The company has since moved to 321 McDermot and has also taken advantage of North Forge’s grant assistance.

“As an entrepreneur, it’s important to leverage as many government grants and opportunities as you can, and North Forge was great for helping us out with that,” said Karasewich. Mentorship from North Forge President, Jeff Ryzner, helped guide them through the IRAP (Industrial Research Assistance Program) and CSB (Commercialization Support for Business) applications necessary for developing their technology.

For entrepreneurs wanting to get into agricultural tech, Karasewich emphasized the importance of knowing your customer.

“The product has to be something that a farmer will actually use, as simple as possible.” Farmers are busy people. “If they can’t figure it out in seven minutes, they aren’t going to use it.”