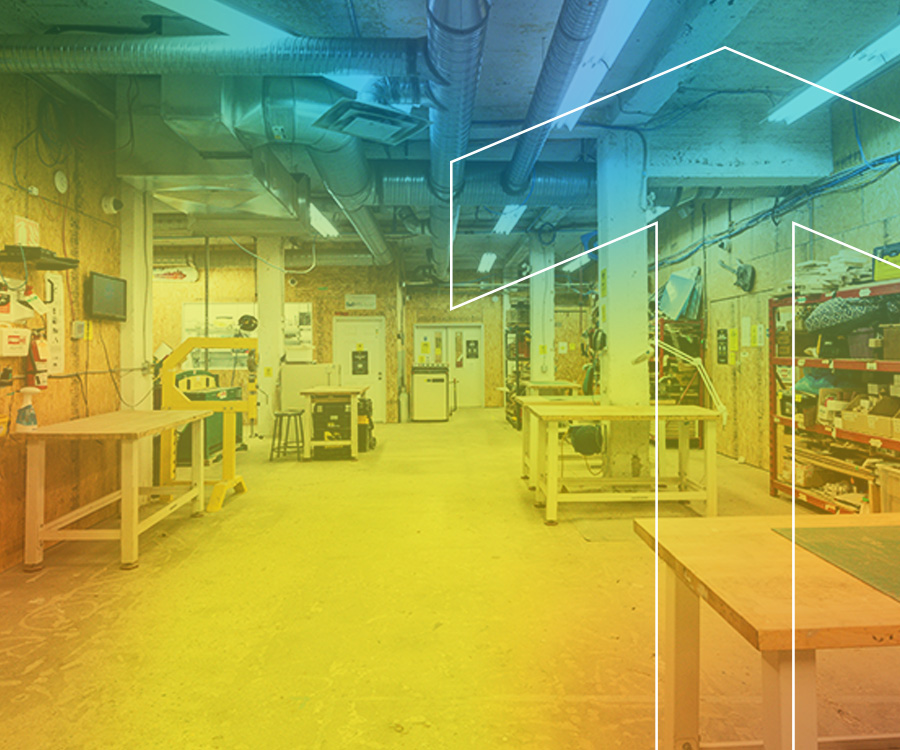 This year North America’s largest publicly accessible fabrication lab turns 10 years old! Watching the FabLab™ grow and become something more than anyone could have imagined has warmed prairie hearts.

October 27th, 2011, was a chilly fall Thursday, filled with amazement, happiness, and relief by the facility’s organizers and volunteers. The milestones were met so that the newly painted blue door of the red brick Swift Canadian Wholesale Market building could open to the public in Winnipeg’s historic Exchange District as AssentWorks.

So how did the idea for a Winnipeg advanced manufacturing fabrication facility come to be?

“It was early 2011, and I had just given a TEDxManitoba talk on 3D printing,” Kerry Stevenson, AssentWorks founding Board Member, current FabLab Board Member, and Founder of Fabbaloo recalls. ”In the audience was Mike Legary, who afterwards spoke to me and wondered why we had never met. Our conclusion was that there was no space in the city where people like us could encounter each other.

We thought: ‘Let’s create one!’

At a pivotal lunch meeting at the Manitoba Club, we sketched out the concept literally on the back of a napkin. The initial idea was to make a fabrication facility as per the MIT model, and that’s basically what we did. We quickly realized we could not use a for-profit model, as attempts to do so in the US, in cities far bigger than ours, failed miserably. That’s why we started as a non-profit and continue so to this day.

We twisted some arms for sponsorships from friendly companies and gathered up a couple of dozen enthusiastic volunteers who then set about building the initial space on Adelaide Street. It was challenging because the space had been unoccupied for many years and had no services other than some unreliable power and one light fixture in the back corner. There weren’t even walls. Almost everything had to be built from scratch.” 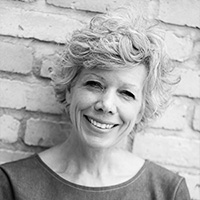 Along with the initial physical design of the space, goals were also drafted. “Our goal was to enable a path for entrepreneurs to more easily launch their business ideas,” Kerry noted. “Without the lab, entrepreneurs would be required to spend considerable sums just to get started, and that usually was an insurmountable barrier for most new ideas. Using the lab was so inexpensive entrepreneurs could iterate through ideas one after another until one “stuck.”

Marney Stapley, Vice President of North Forge, fondly describes the metamorphosis of AssentWorks into the FabLab as a “community space where the members take pride and ownership. Businesses and jobs have been created, we have contributed to the Manitoba economy, existing businesses have grown, and members have learned new skills. For 10 years, we have remained a fabrication lab with an active and driven volunteer member base. Members can volunteer their expertise in IT, Security, Construction, etc., and also learn new skills while contributing to our community as a valuable member.”

Marney started as a volunteer with AssentWorks in 2012. She quickly felt a connection to the advanced manufacturing facility and joined the Member Council. Shortly afterward, Marney’s decades of experience in marketing and business development came in handy as she became the Member Council Chair and then a Board Sub Committee Member.

Thousands of prototypes have been manufactured within those red-bricked walls by over 3,000 entrepreneurs since 2011. Marney has observed those who benefit most from the space as “entrepreneurs that have a physical prototype to build and do not want to go at it alone. They may need some assistance navigating the manufacturing process in Manitoba. They also want to learn new skills and work with other people who may have the skills that they lack.”

More than $3 million of equipment is housed in over 15,000 square feet of working space for entrepreneurs who are members of what it is called now the FabLab. “Before selecting equipment to purchase,” Marney explained from her office filled with 3D printed materials from the FabLab, “I needed to understand the business commercialization and prototyping needs, member usage, the workflow effort, the safety hazards, and maintenance effort. It is a sophisticated matrix with scoring to determine equipment purchase priorities. We learned the hard way years ago that if any of these indicators go south, the equipment will not get used.”

In 2019, the FabLab became SAFE Work Certified by Made Safe certified. “Our Safety Program provides credibility and peace of mind for its users,” Marney proudly states. She spent 24 months bringing the program to light.

“The biggest benefit for North Forge having a Safety Certification is that businesses, universities, and colleges can have the peace of mind knowing that they are sending their employees and students into a safe environment. We place a high degree of emphasis on culture within the community and have our safety program at the FabLab be member/community-driven. Our active and driven volunteer safety committee and member base drive the safety program forward.”

Kerry adds to Marney’s thoughts about the FabLab’s biggest benefits, “Hundreds of startup ideas have gone through the lab over the years, and many more will do so in the future. While plenty of ideas has not worked out, that’s the process required to find the best ideas and push them forward to success. You have to throw away many not-so-good ideas to find the good ones. The FabLab lets that happen at a low cost.

Each Tuesday night, the FabLab has an open house where the public can come through the facility to see what’s going on. While superficially, they might see some fancy equipment, they will also see the possibility of starting their own business and see other people doing exactly that. I can’t tell you how many people from the city have been “enabled” by simply seeing what we are doing.”

Marney shares that the safety program is the best thing she learned from being a part of North Forge. “If it isn’t documented, it didn’t happen,” she notes. “Also that the Safety Program makes decision making and actions less stressful because we know what to do and how to do it.

Marney explains what has contributed to FabLab’s success. “Perhaps the most critical thing is to look for volunteers who are subject matter experts in the use of the equipment and who can train others. This is how we started at AssentWorks, and it has successfully continued for the last 10 years.”

Kerry shares his ‘ah-ha’ moment in creating the FabLab, “it may seem a bit silly now, but initially, we hoped to run the entire operation with volunteers. This proved not possible, as we found there is a certain “envelope of work” that volunteers are prepared to undertake, and other work that ultimately had to be done by paid staff. Today we have a perfect mix of the two, and all aspects are properly covered.”

North Forge has recently started to help rural and northern Manitoba communities create their own fabrication labs. Kerry’s advice to those who want to open their own fabrication lab is to focus on their community. “The usual question I get is ‘what type of equipment should we buy?’ But that’s really the wrong question, as the most important thing to establish is an active community of folks that can work together on the project. Equipment comes later, as does financing and other aspects — but all of that ultimately comes from the community.

We’ve learned so much operating the facility, from handling the voluminous trash generated each day, negotiating lease agreements, creating training programs for members, and much more.

The most important thing we’ve learned is that we must have an active community working behind the scenes to help keep everything running. Today we have over a dozen ‘ultra volunteers’ that I’m proud to say handle so many things.”

The FabLab continues to grow and change to meet the needs of the local advanced manufacturing entrepreneurship community. The future goals are to “provide even easier access to equipment, expertise, and networking to enable those with business ideas to get started and quickly determine if their project is viable.” Kerry explains. “The equipment inventory will evolve over time, focusing on processes not normally accessible by individuals, and we’ll also continue to improve the services and operating processes offered.

An essential part of the process is to maintain a community where participants can help each other and observe the process and learn along the way. It’s a very powerful thing to see others doing something that you are considering doing.”

If you’d like to take a tour of the FabLab, register at our Meetup page.

Has the idea of a FabLab so close to home sparked an idea for an advanced manufacturing business? Become a FabLab member today to help bring your idea to life.

Are you interested in building your own rural FabLab with the advice and guidance of North Forge? Contact Marney Stapley today to see how we can help.