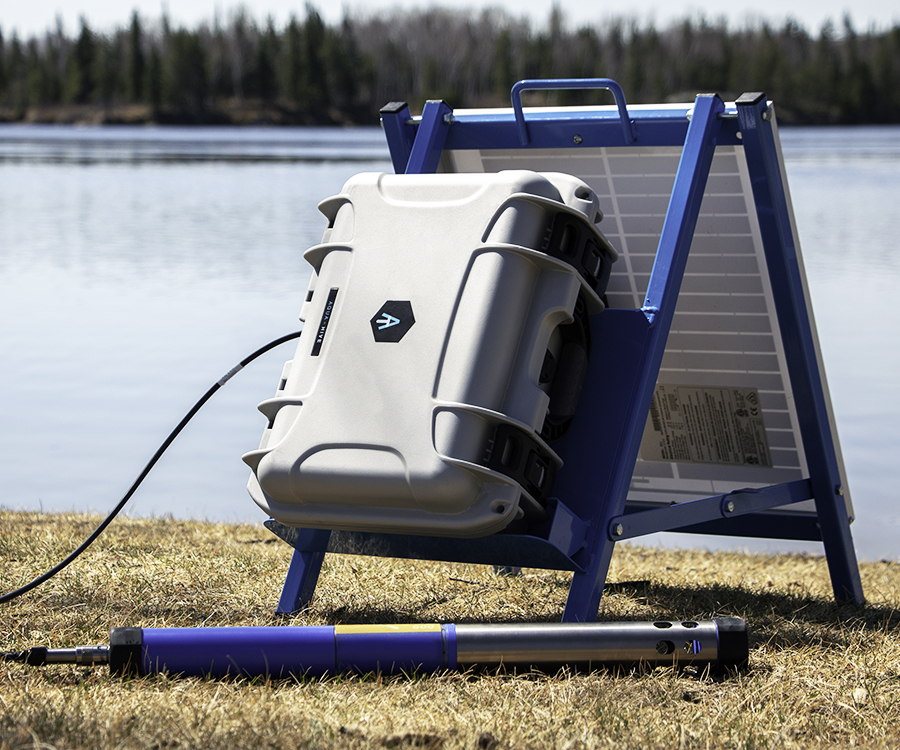 Case in point – Aquatic Life Limited; a water monitoring solutions company based in Pinawa, Manitoba that has just hit the market with a new start-up venture designed to break new ground in an industry they’ve been immersed in for decades.

Jeff Simpson, President and founder of Aquatic Life Limited, is one of many people excited to embark on this new chapter in the company’s history. It’s a chapter that revolves around a new brand of products called AquaTest, and its first product called AquaHive – a smart remote water monitoring system that combines a myriad of functions and provides real-time data analysis from even the most hard to reach sites.

“Data integration and remote data access have become integral parts of countless industries, and companies requiring water monitoring solutions can reap huge rewards from these capabilities,” said Simpson. “The AquaHive is compatible with the world’s highest quality environmental sensors for monitoring water parameters such as water level, temperature, conduc¬tivity, optical RDO, pH/ORP, pressure, ammonium, chloride nitrate and salinity. Plus, it gives you immediate access to the information from your office or mobile device.”

The AquaHive is also equipped with a critical event module that allows the system to automatically issue commands and prevent incidents. “It’s a truly smart, decision-making system that can react to, predict and even prevent critical incidents before they happen,” said Simpson.

Water monitoring data for organizations such as mining companies and other environmentally sensitive industries has become critical information as government legislation concerning water quality expands and tightens around the world. This new global reality was part of what led Simpson to undertake the development of The AquaHive.

“We know we’ve built a great product but, as with any business, that’s only half the battle,” said Simpson. “Today more than ever our product solves a very real problem for our customers, which is exactly what you need to be successful.”

The development of AquaHive required new staff and technical disciplines to be added to the Aquatic Life team, but it was still within the basic skill-sets and expertise of the company. Bringing the product to market was a different matter.

“We’ve acquired many products over the years but this is the first time we’ve taken on the development role from start to finish,” said Simpson. “Which is why partnering with a company like North Forge was such a critical component of introducing the product line into the marketplace when we got to that stage.”

North Forge’s team of cross-functional mentors helped Simpson and his team navigate areas such as the creation of a new business model, exportation planning, pricing strategies, as well as physical design through the North Forge Fab Lab.

“Beyond the expertise North Forge brings to the table, the fabrication lab was an amazing tool for us to prototype the AquaHive product,” said Simpson. “Having this kind of facility in Winnipeg is incredible because it just isn’t financially feasible for companies like ours to purchase the equipment based on such limited use.”

With a great deal of work in the rearview mirror, and a great deal more in front of them, Aquatic Life is now introducing The AquaHive to select local and international markets. Their focus is on regions where specific market conditions co-exist, namely countries where large volumes of remote mining sites are accompanied by strong legislation for monitoring environmental impacts.

One such country is Chile, where Simpson just returned from late last month – a trip he says was only made possible through valuable partnerships.

“So much of making new ventures successful is about connections,” said Simpson. “By working together with partners like North Forge, the Provincial Government and others, we’ve been able to access resources that wouldn’t have been possible otherwise.”

So where do Simpson and The AquaHive go from here? Simpson is cautious but also very optimistic.

“We see the demand for this product being incredibly strong, so much so that it may need to become its own company,” said Simpson. “As a Canadian company you often find yourself in a bit of a bubble… and I think we’re about to break out of that bubble in a big way.”